Perhaps no book of the Bible has led to more confusion, or has been more distorted, than the book of Revelation. Christians have attempted to make sense of Revelation ever since Jesus revealed it to John; people have understood it to describe everything from the destruction of Jerusalem to a nuclear holocaust. Many become puffed up by their convictions regarding Revelation, seeking to understand the rest of the Bible through their understanding of Revelation; others are confused perhaps even a little afraid of Revelation, and to many of them it would be just as well if it were never accepted as part of the canon, as was argued for some time in the first few centuries CE.

We do well to maintain humility and modesty in light of all the competing claims regarding Revelation, yet we should not be afraid of the text or believe that a basic understanding of what is revealed is hopeless. Thankfully, Jesus has left within the Revelation two keys of understanding: symbolism and the Old Testament.

Symbolism is the first key, seen from the beginning in Revelation 1:12-20. John sees Jesus in a vision, yet nothing like other portrayals of Him. In John’s vision, Jesus stood in the midst of seven lampstands and held seven stars in His hand (Revelation 1:12, 16). Jesus tells John what these mean: they are seven churches and the angels of the seven churches (Revelation 1:20). John saw lampstands and stars that represented churches and angels, and this will be a pattern throughout the vision: John will assuredly see what Jesus shows him, but those things mean something else. They are symbols, and symbols must not be taken literally. The symbols will have meaning that will be understood by the early Christians of the churches in Asia Minor and will encourage them in their faith.

Yet how should those symbols be interpreted? Even in this portrayal of Jesus, and then throughout the rest of Revelation, we are given the second key: the Old Testament. In Revelation 1:12-16 Jesus is portrayed in the same terms as both the Ancient of Days and the one like a son of man in Daniel 7:9-14. This is not a coincidence; God in Jesus intended to make the association, and we are therefore to understand that Jesus is the Messiah, the promised Son of Man, while also the embodiment of YHWH, the Ancient of Days.

We do well to consider the rest of Revelation in the same way, looking to find antecedents in both the Old and New Testaments of the images and symbols found throughout Revelation. In so doing we see quickly that most of what happens in Revelation has its symbolic roots in events described in the Old Testament. The heavenly scene described in Revelation 4:1-5:14 is consistent with similar descriptions in Isaiah 6:1-7 and Ezekiel 1:1-28. The events surrounding the seven seals, trumpets, and bowls evoke God’s judgments against Egypt, Assyria, Babylon, and Israel (Revelation 6:1-11:19, 15:1-16:21; cf. Exodus 7:1-15:21, Isaiah 13:10-13, Ezekiel 5:12-17, Joel 1:1-3:21, etc.). The “beast” of Revelation 13:1-10 is the composite of the beasts of world empires in Daniel 7:1-8; the “whore Babylon” of Revelation 17:1-19:5 is even named after the Babylon of Genesis 11:1-10 and 2 Kings 25:1-26, and her destruction is spoken of in the same terms as the judgment on Babylon in Isaiah and Jeremiah and the judgment on Tyre in Ezekiel. Almost all of the things John is shown have some antecedent in the Old Testament!

These two keys provide us with a basic understanding of what Jesus is doing in showing John this Revelation. Jesus uses the experiences of God, Israel, and the nations as imagery, showing the early Christians what they will experience at the hand of the pagan Roman oppressor in their own day through them (Revelation 4:1-13:18). The Christians should not despair, however, for Jesus also shows John how the victory has already been gained through His own death and resurrection of Jesus, and the day will come when He will overcome the pagan oppressor (Revelation 14:1-19:21). A long time after the defeat of the pagan oppressor and after a short time of Satanic dominance, the day of judgment will come: the disobedient will experience the second death in the lake of fire, while faithful Christians will comprise the heavenly Jerusalem in its glory (Revelation 20:1-22:5). Amen! Come, Lord Jesus (Revelation 22:20)! 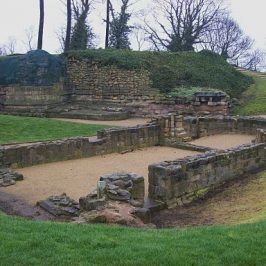