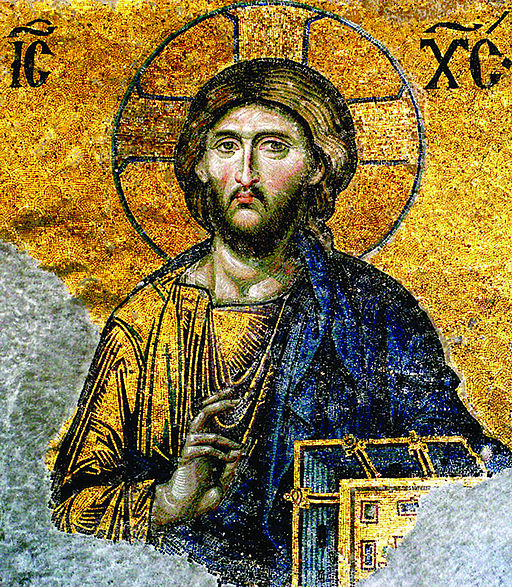 Understanding Covenant, III: Jesus, the Old, and the New

For our benefit and protection God has interacted with mankind through covenants. Covenants represent agreements between two parties with mutual benefits and obligations; for various reasons God inaugurated many covenants with mankind revealed to us in the Old Testament.

And yet, within those covenants, God extended hope and promises regarding One who was to come. This One would be the Seed of Abraham, through whom all the nations of the earth would be blessed (Genesis 22:18). He would be the prophet like Moses to whom Israel ought to listen (Deuteronomy 18:18-19). He would sit on the throne of His father David, and of His Kingdom there would be no end (2 Samuel 7:13-16). Furthermore, the prophet Jeremiah extended hope to Israel and Judah for a new covenant, superior to the one YHWH had made with Israel at Sinai (Jeremiah 31:31-35).

At His birth, Jesus of Nazareth was proclaimed to be this Christ, the descendant of David, the hope of Israel, and in whom the Gentiles would trust (Luke 1:5-2:38). Despite many attempts to de-Judaize Jesus over the past few centuries, the Scriptures unabashedly confess Him as a Palestinian Jewish male in the latter days of the Second Temple, a descendant of David, Judah, Jacob, Isaac, and Abraham according to the flesh (Matthew 1:1-18). Jesus’ ministry in life was centered upon His fellow Israelites (Matthew 15:21-28): interactions with God-fearers among the nations feature prominently in the Gospel narratives, but most likely because of their infrequency.

Jesus set forth His relationship and standing relative to the Law of Moses, the Torah, the covenant obligations of Israel, in Matthew 5:17-18. He affirmed their continuing force and relevance, and even indicted the Pharisees and scribes for how they relaxed certain commandments (Matthew 5:17-20). According to Jesus, the creation itself would be overthrown before a single jot or tittle (or, as we would say, a dot of the “i” or crossing of the “t”) of the Law would pass away, until all is fulfilled. Many have misunderstood this statement to be an affirmation of the continuing power of the Law, for they have missed the power of the limiting temporal statement at the end: until all things are accomplished (Matthew 5:18). Jesus affirms the continuing power of Torah until all things are accomplished; therefore, Jesus lived and died under the Torah, the Law of Moses, the covenant between God and Israel established at Sinai.

What are the things which needed to be accomplished? Righteousness needed to be fulfilled. Jesus would live without sin, and die for sin; then all things would be accomplished (John 19:30, Hebrews 4:15, 5:7-8). Jesus would embody the story of Israel: born as a child of Jacob in Canaan, exiled to Egypt, tempted in the Wilderness, ministered in the land of Israel, died in exile, allowing the story of Israel to reach its climax and culmination in Jesus’ return in His resurrection. As God in the flesh who lived fully according to the Law, Jesus could bring Torah and Temple together in Himself, to which He indirectly alludes in John 2:13-22, 14:6-12. Therefore, all of the promises YHWH made, and the hope of Israel, were manifest and fulfilled in the life, death, resurrection, and ascension of Jesus of Nazareth, the Christ, or reaffirmed as part of the confidence in hope of His eventual return (Luke 24:44).

Meanwhile, another purpose of Jesus’ life and ministry featured the proclamation of the “Gospel of the Kingdom”: the good news of the imminent reign of God (Matthew 4:17, 23). If there is a founding charter of this Kingdom, it would be Jesus’ proclamation in Matthew 5:3-7:29, the “Sermon on the Mount,” in which the basic demands of the Law and the higher way of the Kingdom are often strongly contrasted. This Kingdom would not feature cosmetic window dressing alterations to the existing status quo: it is a new garment, a new wineskin, leading to a new covenant (Matthew 9:14-17). Jesus would empower His disciples during His life to go out and proclaim the good news of the coming reign of God (Matthew 10:1-42). This reign of God would be manifest after Jesus ascended to the Father after His resurrection and He was given an eternal dominion which would never end, and reign with all authority over heaven and earth as their King and Lord (Daniel 7:13-14, Matthew 28:18-20). His disciples were made into Apostles by their commission to go and proclaim this reign of God in Jesus the Christ beginning on the day of Pentecost in the year 30 of our era (Acts 1:1-2:36).

It would be tempting to mark off the day of Pentecost as the firm date on which the old covenant between God and Israel was brought to its full conclusion in the reign of God in Jesus and the first day of the new covenant. Many do, and for a host of reasons draw out inferences about covenant doctrines, suggesting that whatever was proclaimed before Acts 2:1 belongs to the old covenant between God and Israel and has no more or less direct relevance to Christian faith and practice than anything in the Law or the Prophets, or suggesting that the old covenant ended immediately and fully on that day.

And yet what God has made known about Jesus and the proclamation of the Kingdom in the first forty years after Jesus’ ascension does not sit well with such simple, clear-cut distinctions. To the Pharisees looking for when the reign of God would be manifest, Jesus declared that it was in their midst (Luke 17:20-21). Throughout His life and ministry Jesus exercised authority over the spiritual forces of evil and was able to remit sin, and drew the appropriate conclusion for the Israelites: the reign of God had come upon them (Matthew 12:25-32, Mark 1:39, 2:1-12). At no point do we hear of major alterations in the proclamation of the good news of the reign of God between what Jesus proclaimed in His life and what the Apostles would proclaim after His death and resurrection: the Apostles would add to what had already been proclaimed what God had done through Jesus in the meantime (Luke 24:44-49, Acts 2:14-36). At many points in His teaching Jesus freely went beyond the Law or proved willing to specifically contradict it: the expectations of Matthew 5:21-58 go beyond what the Law required (including matters of divorce, in which the contrast is made explicit in Matthew 19:3-9), and in one stroke Jesus declared all foods clean in Mark 7:14-19, envisioning the elimination of the dietary restrictions mandated by the Law. In many such instances what Jesus proclaimed would be closely repeated by the Apostles and their associates later on (e.g. Romans 12:17-21, 14:14, 1 Timothy 4:1-4, James 5:12). In terms of marriage and divorce Paul would carefully distinguish between what was said explicitly by the Lord Jesus from what he as an Apostle was now setting forth in expansion, underscoring the relevance of Jesus’ instruction to His later followers (1 Corinthians 7:10-16). Thus the power of God was present in Jesus during His life and ministry, and His proclamation of the good news of the reign of God and all it would entail would become the founding charter of the new covenant between God and all mankind in Jesus, even if it happened to be originally proclaimed while the Law of Moses remained in force.

After the day of Pentecost the good news of the reign of God in Jesus the Christ went out into all the world, first to Israel, then to all people (Acts 2:1-28:20). Paul could say the message went out to the whole world by the time he wrote to the Colossians around 60 (Colossians 1:6). Yet many Jewish Christians remained zealous for the Law of Moses throughout the first forty years of the new covenant in Christ (Acts 21:17-26). Their zeal would inspire some of them to bind the Law on Gentile Christians, for which they were condemned (Galatians 1:6-5:15); yet they were not condemned for their own zeal for the Law. As long as the Temple stood, and Torah could be followed, the covenant between God and Israel was only becoming obsolete. Then, forty years after Jesus’ death and resurrection, He was vindicated as the Son of Man, and all He prophesied upon Judah and Jerusalem came to pass (Matthew 24:1-36, Luke 17:22-37). Israel according to the flesh was no longer in possession of the land; they did not have a place to offer sacrifice according to the Law; they did not have an operational priesthood to intercede before God for the people. As it had been foretold to Daniel, the land of Israel and its people had its seventy “weeks”, including the coming of the Messiah, but ending after a final “week” (Daniel 9:24-27).

Jesus of Nazareth represents the ultimate transitional figure in terms of God’s covenants with mankind: in Him the hope and promises of the old are fulfilled and satisfied, and in Him the new covenant is inaugurated. God’s reign is manifest in Jesus during His life; the covenant between God and Israel was only rendered finally obsolete when the message of the good news of Jesus’ reign had been proclaimed throughout the known world and Israel had a chance to repent. May we put our trust in Jesus as Lord and obtain the resurrection of life in Him!

Gods of This World: Money “No man can serve two masters; for either he will...