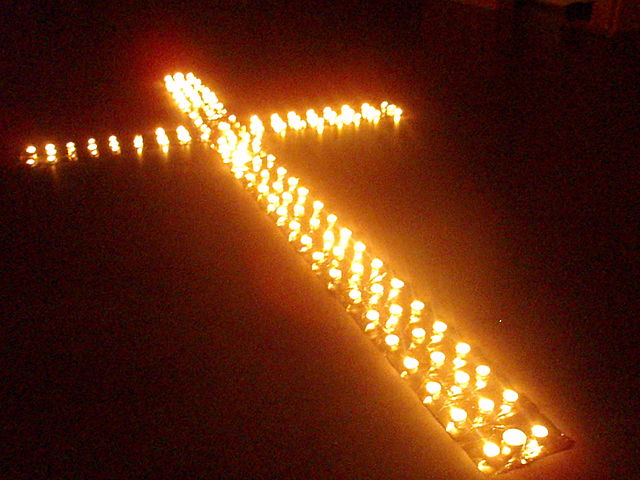 White Supremacy Versus the Scriptures

It has been within living memory that many in America openly professed the view that people of Western European ancestry were intrinsically superior, culturally if not biologically, to people of other heritages; from the sixteenth until the middle of the twentieth century such a perspective was generally taken for granted to be the truth. Such a view of white supremacy was not incidental to the belief system of most people of European ancestry; it represented a core aspect of their belief system. Their presumption of superiority influenced and informed how they looked at and treated other people. The legacy of such white supremacy remains with us until today.

While “white supremacy” may conjure up images of men in hoods burning crosses, the term is used advisedly. Many have spoken of these matters in terms of race and racism; nevertheless, the very concept of race and racism is a construct generated by the principle of white supremacy. Ethnic and tribal chauvinism manifest in presumptions of superiority and prejudice against others is as old as time. Yet, as can be seen in Genesis 10:1-32 and many other passages, people were originally categorized in terms of nations originating with eponymous ancestors among the descendants of Shem, Ham, and Japheth. Skin color was not determinative: among the descendants of Ham we can identify people who would at least later manifest everything from olive skin (e.g. Canaan) to various shades of brown skin (e.g. Cush, Nubians/Ethiopians; cf. Genesis 10:6). The New Testament is preoccupied with addressing the divisions which arose between Jewish people and the “Gentiles,” Greek ethne, “nations,” from which we derive the term “ethnic” or “ethnicity” (e.g. Galatians 3:28, Colossians 3:11); in Antioch of Syria it is noted that one Simeon was called “Niger,” or “the Black,” quite possibly because of having darker skin, yet he is listed without comment or prejudice among other prominent prophets and teachers in the church there (Acts 13:1). From almost the beginning until the end the Scriptures speak of people in terms of nations/ethnicities (Acts 17:26, Revelation 22:2).

Race and racism, therefore, did not originate from the pages of Scripture or even from the heritage of the ancients. As Western Europeans came into contact with the nations of Africa, Asia, and the Americas, they began to exploit the natural and human resources of the lands they were able to conquer and subjugate. Starting with the Portuguese in the fifteenth century and the Spanish in the sixteenth they began to justify their behavior in terms of establishing the sovereignty of “Christian civilization” over the “barbarian savages.” By the end of the seventeenth century “race science” had developed in Western Europe: the conviction that all people could be categorized according to three races, eventually described in terms of “Caucasian,” “Negroid,” and “Mongoloid,” but most commonly according to crude oversimplification of skin colors: “white,” “black,” and “yellow.” For much of American history those in charge could be deemed as WASPs: White Anglo-Saxon Protestants who used “race science” to justify why they were in charge and were free to subjugate and exterminate Native Americans from their lands and to enslave or otherwise oppress people of African ancestry. That people of Irish or southern European descent were not originally considered to be “white” should be enough to put to lie the premise that “whiteness” was about skin color; it was a construct of power, influence, and authority to which many groups aspired.

The validity of “race science” was taken for granted from the end of the seventeenth century until the middle of the twentieth century among those of European descent; the agnostic as much as the one who professed Christ just “knew” how man was divided into different races. Many attempted to justify and rationalize their confidence in white supremacy based on appeals to the Scriptures. The means by which they did so display the worst trends of proof-texting and eisegesis, reading one’s conclusions into the text. Appeal was often made to three specific passages: all beasts made “after their kind” in Genesis 1:24-27, the “mark of Cain” in Genesis 4:15, and the “curse of Ham” in Genesis 9:22-27.

White supremacists would argue that the “mark of Cain” in Genesis 4:15 was black skin, and thus those of African descent were marked out as inferior. The text says or suggests no such thing: the mark, or sign, of Cain is never described. There is no suggestion that Cain’s descendants inherited this “mark”; it was given to Cain specifically so that none would strike him dead because he had killed his brother Abel (cf. Genesis 4:8-14). The text likewise does not say or suggest that any of the wives of Noah were associated with Cain’s descendants; thus we have no reason to believe that any of Cain’s descendants continue to live on the earth. The “mark of Cain” has nothing to do with people of African descent or, for that matter, of anyone today.

White supremacists felt they were on stronger ground with the “curse of Ham” in Genesis 9:22-25: they argued that Ham’s descendants included people of African descent, and thus they were cursed to be the servants of the descendants of Shem and Japheth, imagined to be the ancestors of Europeans and Asians (cf. Genesis 10:1-32). Nevertheless, the text cannot sustain this argument. The best understanding today of this text is that Ham had sexual relations with his mother, Noah’s wife, and Canaan was the result of this union; to this end Noah cursed Canaan specifically to be the servant of the descendants of Shem and Japheth, realized when Canaan would serve Israel and then successive empires in turn (Genesis 9:25-27). Even if one affirms an alternative interpretation of what Ham did, the fact remains that Canaan, and only Canaan, was cursed in Genesis 9:25-27; no such curse is extended to other children of Ham who would eventually populate Africa. Thus the “curse of Ham” has nothing to do with people of African descent.

But the most pervasive argument of white supremacists was rooted in the division of animals according to “kinds” in Genesis 1:24-27. According to their race science they assumed “Caucasian,” “Mongoloid,” and “Negroid” peoples were really different “kinds” of people, and thus insisted that such “kinds” should not intermarry (which they deemed miscegenation) or relate as equals. Yet, as we have seen, the Scriptures have never categorized people into such structures, nor did the Scriptures suggest they represented different “kinds” as in different species. Passages like Acts 17:26 were embarrassing for many white supremacists; many would deny the premise that all humans around the world derive from Adam (called monogenesis), and suggested instead that Caucasians descended from Adam, and other races derived from some other source (called polygenesis). At first Darwin’s theories regarding evolution were seized upon as providing evidence for the superiority of the “Caucasian” race over other races. But by the middle of the twentieth century it had become apparent that “race” was a social construct, not a biological one: there was no biological basis to divide people into “Caucasian,” “Mongoloid,” or “Negroid.” All humans are Homo sapiens; in fact, there is often greater genetic diversity among members of the same supposed “race” than across supposed “races.” Therefore, there is no basis upon which to suggest that people of European ancestry are of one “kind,” and those of African or Asian ancestry of different “kinds”: they are all equally human.

And thus we return to the truths established by God in Scripture from the beginning: God has made every nation from one man, Adam (Acts 17:26). Ethnic prejudice may exist in the world, but in Christ there is neither Jew nor Greek; it matters not whether one is Greek or Scythian or some other so-called form of “barbarian,” for everyone has sinned and fallen short of God’s glory, everyone is equally able to come to faith in God in Christ and become one with Christ and His people, and God does not show partiality, and will not judge people differently because of their ethnicity (Acts 10:34-35, Romans 2:5-11, 3:23, Galatians 3:28, Colossians 3:11). The Scriptures thus devastate all the pretensions of white supremacy: people deemed “white” are no intrinsically better or worse than people deemed as representing other races. The social construct of race is very real but does not originate from the mind of God; it came from depraved men seeking a way to justify and rationalize their immoral and ungodly treatment of other people. No culture or nation is intrinsically inferior or superior to any other; all are going to be judged on the basis of their faithfulness to the Lord Jesus Christ and all God has established in Him. May we serve God in Christ and find eternal life in Him!

The First Letter of John John surveyed the scene and saw many concerning trends: Christians...

“Dis-ease” in the Creation In the grand scheme of things, life for most modern Americans...