Will All “Good People” Be Saved?

There is a common belief, especially in modern day America, that as long as you are considered to be a “good person,” you do not need to worry too much about yourself and that you will be saved. Furthermore, very few people consider themselves to be “bad” people. We can easily understand, of course, how evil people like Hitler or Stalin or serial murderers will be sent to Hell forever, but when it comes to our next door neighbor, or family members, or many other people, we do not want to even think in that way! We trust and hope that God will see them as “good people” and that all will be well for them.

We certainly value “good people” in our society. We trust that the majority of people in our lives and communities are “good people,” those who do the best they can to obey the laws of the land and help other people as they have opportunity. Many such persons may even visit a church occasionally. Surely no one would think that they’re not going to be saved!

We do not want to think that anyone we know or love will be in Hell. On the other hand, unfortunately, the Scripture says clearly that the many take the road to perdition, and the few are the ones who take the path of Christ (Matthew 7:13-14). How can it be, then, that there are so many “good people” around us and yet most take the easy path to destruction?

This question is not an easy one, and it very well be that we may not like the answer. In the end, however, it is better to be challenged and gain Heaven than to remain deluded and go to Hell (Hebrews 3:12-14).

In Romans 3:7-23, Paul indicates that all people have fallen short of the glory of God and have sinned, and that there is “not one righteous, no, not one” (Romans 3:10). Where we perhaps see a “good person,” and may not be aware of their faults and sins, God is able to judge more soberly and see that such persons have sin against them and are thus separated from God (Isaiah 59:1). No one will enter Heaven by their own merit save Jesus the Christ.

In the book of Acts we read of a Roman soldier named Cornelius, a man who by all accounts was a “good man.” He was “a devout man who feared God with all his household, gave alms generously to the people, and prayed continually to God,” (Acts 10:2). Because God saw that he was a “good man,” God through visions sent His Apostle Peter to Cornelius to preach to him the Gospel of Jesus Christ so that Cornelius could be saved (Acts 10:3-48). Cornelius was not saved because he was a good man: he was saved because he heard the Gospel, he believed in Christ, he repented of his sin, was baptized for remission of his sin, and he obeyed God.

Will all “good people” be saved? Unfortunately, the Scriptures indicate that such is not the case. It is not enough to be a “good person”; one must be a servant of Christ Jesus (Romans 6:1-23). If you have not yet fully obeyed God as He has established in His Word, we would urge you strongly to do so today, lest you miss the resurrection of life! 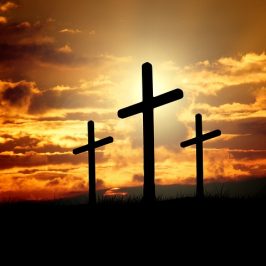 Power The world is all about power. Power very much drives modern society. We often...