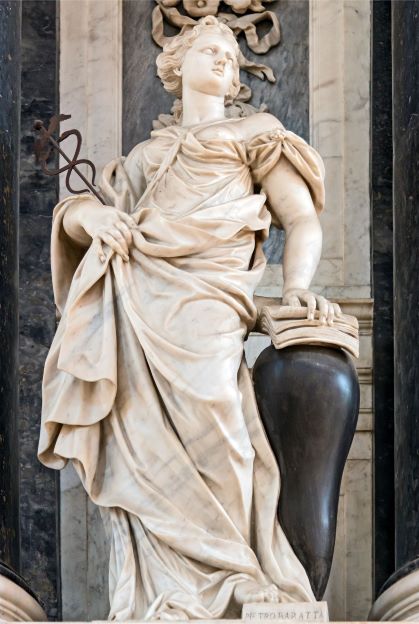 Next, I decided to consider wisdom, as well as foolish behavior and ideas. For what more can the king’s successor do than what the king has already done? I realized that wisdom is preferable to folly, just as light is preferable to darkness: The wise man can see where he is going, but the fool walks in darkness. Yet I also realized that the same fate happens to them both.
So I thought to myself, “The fate of the fool will happen even to me! Then what did I gain by becoming so excessively wise?”
So I lamented to myself, “The benefits of wisdom are ultimately meaningless!”
For the wise man, like the fool, will not be remembered for very long, because in the days to come, both will already have been forgotten. Alas, the wise man dies – just like the fool! So I loathed life because what happens on earth seems awful to me; for all the benefits of wisdom are futile – like chasing the wind (Ecclesiastes 2:12-17).

Wisdom is greatly praised in the witness of the Scriptures. The Preacher was very wise. Yet what is the end of wisdom?

The Preacher has been setting forth his exposition on life in this corrupt creation, “under the sun”: it is all hevel, a vapor, vanity, futile, or absurd (Ecclesiastes 1:1-2). People expend all kinds of effort, yet the creation continues as it has before; there is nothing truly new under the sun, and what has happened will be forgotten by future generations (Ecclesiastes 1:3-11).

The Preacher, king in Jerusalem, then began to consider the results of his inquiries into life under the sun: it is all a chasing after wind (Ecclesiastes 1:12-14). Should people just pursue what is pleasurable and enjoyable? The Preacher lived a life of pleasure to the full, giving himself over to the pursuit of every desire and pleasure: he found it all futile, for trying to obtain them was like chasing the wind, and ultimately without profit (Ecclesiastes 2:1-11).

Since pleasure is thus futile, what about wisdom over folly? As with pleasure, so with wisdom: God granted Solomon great wisdom so that there were none wiser in all of Israel or even the ancient Near Eastern world (1 Kings 3:12, 4:31, Ecclesiastes 2:12). If anyone were able to fully explore the depths of wisdom to see if we can place our full confidence in wisdom to provide hope and meaning in life, it would have been Solomon. Furthermore, who would we expect to be a greater advocate or champion for wisdom than the author of Proverbs and much of what we deem the “Wisdom Literature” in the pages of Scripture?

The Preacher already summarized what he had learned regarding wisdom and folly in Ecclesiastes 1:15-18; he set forth his exploration in greater detail in Ecclesiastes 2:12-17. Whereas Solomon could not find much value in pleasure, he did see some benefit in wisdom: wisdom is better than folly just like light is better than darkness, since the wise person can discern the journey and its attendant dangers, but a fool stumbles through and suffers greatly (Ecclesiastes 2:13-14). And yet ultimately the same fate awaits both the wise person and the fool: they will die (Ecclesiastes 2:14).

Many of us find ourselves in a similar predicament as the Preacher, especially if we hold Proverbs and a philosophy of self-realization through moral improvement dear to our hearts. We can see great value in the wisdom of those who have come before us and the stupidity of folly. We anguish over the not well considered decisions of others which have caused them and others great grief. We strive to instruct our children to pursue the ways of wisdom and not folly. We want to keep improving our virtue and abilities so that we can excel and do better at life. We want to believe that the more wisdom we cultivate the better and more meaningful our life will be.

We must not overstate the case. Pleasure intrinsically cannot deliver; it promises things it can never truly provide. Wisdom is better than folly, and it is right, well, and good for us to pursue wisdom and to live wisely and not foolishly. We should meditate on the Proverbs and find ways to practice wisdom and eschew folly.

Yet under the sun wisdom cannot save us. Yes, fools will suffer from their folly; many will even die in their folly. Yet even if the wise person avoids all sorts of preventable forms of anxiety, stress, and death, they also will die some day. We would also like to believe that fools will be mocked and maligned in their memory, and the wise will be highly esteemed; yet this also is not the case. In the short term there are plenty of people who deem folly to be wisdom and laud it while persecuting the wise; in the long term both the wise and the fool are forgotten.

We can find no greater testimony to the futility of wisdom than Solomon himself. Solomon had great wisdom and his kingdom enjoyed prosperity beyond anything they had previously enjoyed or would ever enjoy again. We do well to remember that the “father” exhorting his “son” is a standard literary convention in ancient Near Eastern wisdom literature, but we would imagine that Solomon very much tried to exhort his son Rehoboam to live in the ways of wisdom and to rule wisely. And yet as soon as his father died Rehoboam foolishly wanted to assert his own power and privilege, and it led to the division of his kingdom and a wound against the kingdom which would never heal (cf. 1 Kings 12:1-19). Solomon was extremely wise; he died, and his kingdom was given over to folly; truly futility and a chasing after wind!

We may still speak fondly of Solomon’s wisdom and castigate Rehoboam’s folly, yet they have been practically forgotten. Each generation arises and learns lessons from previous generations for better and for worse; they may exhibit some wisdom their fathers neglected, but will likewise surely leap headlong into forms of folly regarding which their ancestors learned from experience or avoided by heeding their elders. No amount of instruction in wisdom will secure future generations from these trials.

Under the sun there is no ultimate meaning or hope in pleasure, wisdom, or in anything else. Yet thanks be to God that He has established eternal wisdom in Christ Jesus who is the treasury of all wisdom and knowledge, and through whom we can obtain confidence in eternal life (Colossians 2:1-3). We ought to be rooted and grounded in Christ Jesus, not in ourselves, and understand that it is only in the Lord Jesus that our efforts and our wisdom is not in vain (1 Corinthians 15:58, Colossians 2:4-10). The wisdom of the world is ephemeral and will not endure; the wisdom that comes from above, which is pure, peaceable, gentle, and full of mercy, which will produce the good fruit in faithful believers that endures for eternity (James 3:13-18). Let us not seek to pursue wisdom for its own end; let us instead be rooted and grounded in Christ, stand firm all wisdom and knowledge rooted in Him, manifest the wisdom which comes from above, and obtain eternal life in the resurrection!