Textual Witnesses of the Old Testament

The Hebrew texts we use as the basis for our modern translations were copied about a thousand years ago. Thanks to the recent discoveries of the Dead Sea Scrolls we now have copies of Hebrew manuscripts which date back a further thousand years. Yet even the Dead Sea Scrolls were copied between 1300 and 300 years after the original manuscripts were written. Yet by the first century CE the Old Testament had already been translated into at least two other languages; over the next millennium it would be translated into many more. Most such translations were made on the basis of some copy of the text of the Old Testament; scholars call the Hebrew texts which served as the basis for the translation of later texts their Vorlage.

We can maintain great confidence in our overall understanding of the Bible in Hebrew and of the faithfulness of the Masoretic Text; nevertheless, at many points the text seems confused, garbled, or used terms which we do not know how to translate effectively. In these places especially other textual witnesses will be consulted: perhaps their Hebrew text had a different rendering, or perhaps the translation indicates our ancient forebears were encountering the same difficulty. At many such points many Bible translations will note how various textual witnesses render a word or a phrase to provide the reader with a glimpse into the textual challenges surrounding the passage.

The Greek Septuagint (LXX) is the Greek translation of the Hebrew Bible and many other literary works of Second Temple Judaism. The Septuagint was most likely translated over a couple of hundred years before the time of Jesus by a variety of translators with different skill levels and philosophies. The “original” Septuagint (sometimes called the kaige translation) would also be later revised by Aquila, Symmachus, and Theodotion. Some translation decisions by the translators are puzzling; some of their theological biases, especially against imagery portraying God in human terms (anthropomorphisms), are manifest. And yet the Septuagint, like the Samaritan Pentateuch, was translated from a Hebrew text related to but often distinct from the Masoretic Text. Its value was vindicated by the Dead Sea Scrolls; the DSS often agree with the LXX in the few variants it reflects from the MT. The Septuagint remains a powerful witness to the Old Testament.

The Aramaic Targum is a collection of paraphrases and explanations of the Old Testament written in Aramaic, the common language spoken by Jewish people throughout the diaspora. The most important targumim are Targum Onkelos (on the Torah/Pentateuch) and the Targum Jonathan (on the Prophets); they were developed over the first half of the first millennium CE. Various textual matters are discussed and described in the Targum as well as many rabbinic opinions about how the text is to be understood. The Targum stays closer to the MT than the Septuagint or Vulgate; its points of difference are therefore all the more important for consideration.

The Latin Vulgate is the Latin translation of the Old Testament and other works from Second Temple Judaism as preserved in the Septuagint. The Old Testament in the Vulgate used today was primarily translated by Jerome in the late fourth century; he translated it on the basis of the Masoretic Text in consultation with the Greek Septuagint and the Old Latin translations which had been composed before him. Jerome also explained many textual critical issues he encountered in his translation in his commentaries. The Vulgate is thus often cited as a witness in terms of its agreements, whether with the MT against the Samaritan Pentateuch and LXX, or with the LXX and Samaritan Pentateuch against the LXX.

The Syriac Peshitta is the translation of the Old Testament into Syriac, the language which formed out of Aramaic in Syria in the second century CE. The Peshitta was most likely translated out of Hebrew in the second century CE. It tends to serve as a textual witness in ways similar to the Latin Vulgate, as a further witness of a variant, adding weight or credence to one variant over another.

The value of translations of the Old Testament to its textual witness is disputed and contentious by its very nature: each translation is at least one step removed from the original text. Textual critics must assess what lay behind each variation from the Masoretic Text: is the difference because of the translator or the Vorlage? Did he misread or misunderstand the text? Did the Vorlage itself contain a spelling error or some other form of corruption? Is the translator trying to smooth out or rephrase the text to overcome its difficulties? Or is it the Masoretic Text which has become confused and these translators are more faithfully representing the original? These are the questions with which textual critics of the Old Testament must grapple.

We should be thankful for the many witnesses we have for the text of the Old Testament: while there are many points of disagreement in the rendering of words and phrases, they agree far more often than they disagree, and give us confidence in the overall integrity of the transmission process. May we come to a better understanding of God’s purposes in Israel in the Old Testament and find salvation in Jesus! 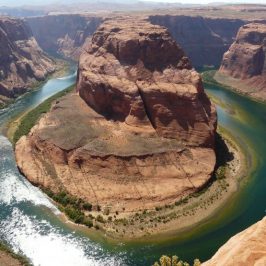