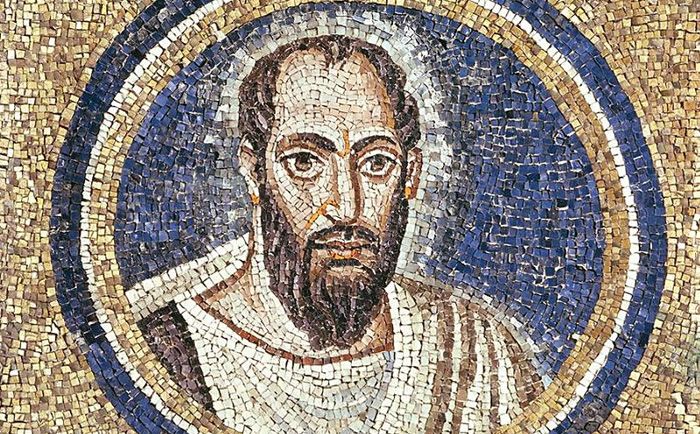 The Works of the Flesh and the Fruit of the Spirit: Conclusion

But I say, walk by the Spirit, and ye shall not fulfil the lust of the flesh. For the flesh lusteth against the Spirit, and the Spirit against the flesh; for these are contrary the one to the other; that ye may not do the things that ye would. But if ye are led by the Spirit, ye are not under the law. Now the works of the flesh are manifest, which are these: fornication, uncleanness, lasciviousness, idolatry, sorcery, enmities, strife, jealousies, wraths, factions, divisions, parties, envyings, drunkenness, revellings, and such like; of which I forewarn you, even as I did forewarn you, that they who practise such things shall not inherit the kingdom of God. But the fruit of the Spirit is love, joy, peace, longsuffering, kindness, goodness, faithfulness, meekness, self-control; against such there is no law. And they that are of Christ Jesus have crucified the flesh with the passions and the lusts thereof. If we live by the Spirit, by the Spirit let us also walk. Let us not become vainglorious, provoking one another, envying one another (Galatians 5:16-26).

Paul was greatly concerned for the Galatian Christians, remaining perplexed how they could have so quickly abandoned the Gospel for another message; he defended himself and his ministry and powerfully set forth how justification is by faith in God in Christ and not by works of the Law of Moses (Galatians 1:1-5:15). Such a matter was not “mere” doctrine, for if they accepted circumcision and thus submitted to the whole Law, they would fall from grace in Christ (Galatians 5:1-5). But Paul’s concern for the Galatian Christians went beyond the doctrinal: he wanted to exhort the Galatian Christians so their lives would reflect the kind of conduct demanded by the Gospel message.

We have considered each individual characteristic of the “works of the flesh” and the manifestations of the “fruit of the Spirit” Paul listed in Galatians 5:19-23. Paul did not intend for us to consider each in isolation; he has woven them all together into a composite whole.

Paul has framed the entire exhortation with a clear contrast: Christians ought to walk by the Spirit, and if they do so, they will not fulfill the lust of the flesh (Galatians 5:16). Paul made much of walking by the Spirit as a child of God in Romans 8:1-17; James and John affirm that love of the world is enmity with God, and thus we must resist the lusts of the flesh (James 4:4, 1 John 2:15-17). Paul recognizes that the temptation to fulfill the desires of the flesh is strong; those desires are set against the desires of the Spirit, and this is so in order to keep us from doing what our flesh would want to do (Galatians 5:17). That which is according to the flesh works toward corruption, decay, and nothing good or profitable. Paul understood how the best way forward is to walk by the Spirit, striving to manifest His fruit at all times, motivated not by anxieties and fears in the world but according to the love and strength poured out upon us in Christ. If we are led by the Spirit, we are not under the Law (Galatians 5:18): Paul elaborated on this contrast in Romans 7:1-8:15, considering himself trapped by sin under the law to do what he did not want to do, yet now set free by Christ to walk according to the Spirit.

Paul would go on to set forth the works of the flesh, yet begins his listing with the phrase “the works of the flesh are manifest” (Galatians 5:19-21). The term “manifest” is also translated as “evident,” and for every Christian who seeks the will of God, those things which gratify the flesh to the detriment of the spirit are evident. Most people recognize when they go beyond trying to understand and begin trying to rationalize doing things which are not truly profitable or glorify God.

When Paul concluded the manifestations of the fruit of the Spirit, he pointed out how there are no laws against them (Galatians 5:23). They do not lead to condemnation; they give life and hope. With the Spirit there is life and peace; with the ways of the world there is death and division.

Paul thus told Christians to reckon themselves as having crucified the flesh with its lusts and passions (Galatians 5:24). In Romans 6:1-11 Paul considered baptism the point at which the Christian had put to death the man of sin in order to walk in newness of life; earlier in Galatians 2:20 he considered himself as crucified with Christ, and the life he lived he did not live for himself but for the Son of God. The crucifixion metaphor is apt, not only because it is the means by which the Lord Jesus died and overcame the powers of sin and death, but also because it involved not only death but exposure and humiliation. We must reckon the lusts and passions which would drive us to not just be dead, but even as humiliated and exposed for the dead ends they prove to be. We cannot glorify God in Christ if we are always trying to turn back and resurrect our former life for yet another round of sin.

Instead, we must make good on our profession: we must walk according to the Spirit and behave as the Spirit would have us behave (Galatians 5:25). We know what such a life looks like: it manifests the Spirit’s fruit.

Galatians 5:16-26 is not the only time in which Paul lists various sins and characteristics of righteousness; in every letter to churches he will exhort them to resist unholy worldly conduct and toward behaviors which glorify God in Christ. Yet few of the lists are as thorough as the works of the flesh and fruit of the Spirit in Galatians 5:19-23; the works of the flesh and the fruit of the Spirit is a useful framework through which we can consider all the types of things which Paul has addressed in other passages. That which is consistent with righteousness will manifest the fruit of the Spirit; all that is of the world is explicitly a work of the flesh or something like unto them. May we all seek to walk according to the Spirit, give no quarter to the flesh, and obtain life in Christ!