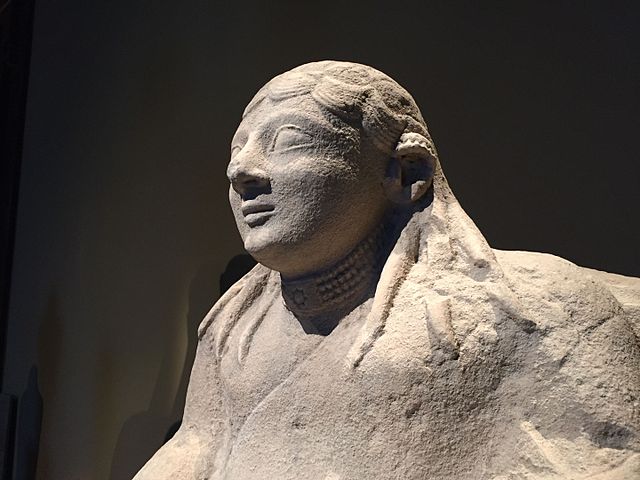 Works of the Flesh: Idolatry

Paul’s first three concerns involved a kaleidoscope of challenges generally related to sexuality: sexually deviant behavior, uncleanness, and lasciviousness. These sins were especially challenging for the many Gentiles who had come out of the sexually licentious Greco-Roman society, as was Paul’s next sin, idolatry. The word translated as “idolatry” is the Greek term eidololatreia, defined by Thayer as:

1) the worship of false gods, idolatry
1a) of the formal sacrificial feats held in honour of false gods
1b) of avarice, as a worship of Mammon
2) in the plural, the vices springing from idolatry and peculiar to it

We should not be surprised to find idolatry among Paul’s concerns. As an Israelite, Paul well understood how his ancestors’ compromise with the ways of the world in seeking to serve both YHWH as God and the host of “gods” of the Mesopotamian and Egyptian world as gods led to the devastation of the Kingdoms of Israel and Judah and exile into foreign lands (2 Kings 17:6-23, Ezekiel 16:1-65, Hosea 1:1-3:5). The Jewish people of the Second Temple Period had their difficulties and sins, yet they recognized the great danger of serving the gods of the nations around them. Many proved willing to suffer greatly, even to the point of death, rather than capitulate by defiling their service to God or to serve other gods.

Meanwhile, the Greco-Roman world of the first century remained awash in temples with statues within them representing all kinds of gods (cf. Acts 17:16). Christians among the nations had just escaped from such idolatry and would have lived under great pressure from their society and culture to honor the ancestral gods again (1 Thessalonians 1:9, Revelation 2:12-29). Little wonder, then, that Paul would condemn idolatry here as well as in 1 Corinthians 10:13, and Peter would testify to the same in 1 Peter 4:3.

Such idolatry was easily rationalized based on all that peer pressure: those gods are not really gods; it is not a big deal; I can just pretend to honor idols but really fully serve God. Or, perhaps, the consequences of affirming one God the Father and one Lord Jesus Christ could be costly; what if we are wrong? Would it not be wiser to hedge our bets and give honor to all gods?

The prophets had addressed these kinds of matters with Israel of old, and Paul set forth similar arguments in Romans 1:18-32. The One True God is a jealous God; He would have His people glorify and honor Him for what He has given them (Exodus 34:14, Ezekiel 16:1-65). When Israel committed idolatry and rationalized it in ways similar to those given above, God through the prophets compared Israel to an unfaithful wife committing adultery and prostitution (cf. Hosea 1:1-3:5, Ezekiel 16:1-65). God is loyal to covenant; His people expect Him to be loyal to His covenant; it is not too much to expect His people to be loyal to their covenant with Him. Attributing the gifts of God to the things which God has made does not glorify God; God’s jealous anger will be poured out on those who do so!

What Paul and the prophets had to say about idolatry was never limited to physical statues and the “gods” people believed they represented: it also related to the fears and impulses which led to the imagining of such “gods”. In Ephesians 5:3 and Colossians 3:5 Paul associates covetousness, or greed, with idolatry. Such is consistent with Jesus’ warning in Matthew 6:24 regarding how no one can serve both God and Mammon, a personalization of money or wealth. Jesus explains clearly the difficulty with serving money and serving God: you cannot do both satisfactorily, and you will be forced at many opportunities to choose one over the other. Idolatry, therefore, is much more than just bowing down to a statue of a god; idolatry occurs any time a person gives honor and glory which ought to be given to God instead to something God created. This is understood with money: if you desire much money, you will be often tempted to acquire it either shamefully or at the expense of your conscience and fellowship with God. If you are willing to dedicate the majority of your time, interest, behavior, and desire to get money, then money is your god, and you sacrifice plenty upon its altar. All you are missing is a statue of the Almighty Dollar!

But it is not just money. If we think about it, almost anything that God created can be made into an idol. Many people have made a god out of sexual desire. Others deeply lust for fame and recognition. Many offer undue devotion to their nation, their ethnicity, their hobbies or passions, or even toward people with whom they share relationships. Some make gods out of various disciplines of knowledge, science, or of knowledge itself. Not a few have made a god out of themselves.

There are many people to this very day who continue to venerate, serve, and honor statues as if they truly represented God or the gods; nevertheless, in the Western world, many have prided themselves on having “progressed” beyond such “barbarities” or “primitivism.” And yet idolatry remains as rampant in the modern world as it was in the days of Paul and the prophets. In truth, idolatry happens whenever we take something God gave to be good and to make it into an absolute in our lives: giving the glory due to the Creator to His creation (Romans 1:25). If it is profitable we can describe all sin in terms of idolatry, for sin crouches to ensnare us whenever we cease glorifying God as God and look elsewhere for satisfaction of our desires and impulses.

To this end we must give God the glory and honor due Him as our Creator who has maintained covenant loyalty with His people. If we give the glory and honor due to God to any aspect of His creation, even though those things God has created are good and for our use, exploration, and wonderment, we have committed idolatry, just as Israel of old did. Israel and Judah were taken into exile for their idolatry; how much more guilt shall we incur if we commit idolatry, seeing that God has sent His only Son to die for us that we may have eternal life? Indeed, not for nothing did the Apostle John leave Christians with the following meditation to conclude his first letter in 1 John 5:21:

My little children, guard yourselves from idols.