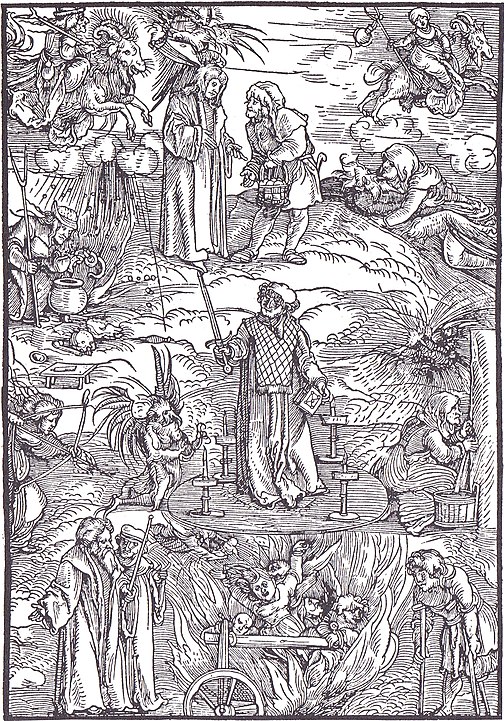 Works of the Flesh: Sorcery

The Apostle Paul maintained great affection for the Christians within the churches of Galatia. He wanted to encourage them to glorify God in all they did, and to this end listed out the kinds of behaviors which would lead to condemnation and the kind of attributes which manifested the Spirit (Galatians 5:17-24). He began with the “works of the flesh” in Galatians 5:19-21:

Most of the Galatian Christians had converted out of the pagan Gentile world; we therefore should not be surprised to find that Paul’s list of works of the flesh began with many pervasive practices in the Greco-Roman world: sexually deviant behavior, uncleanness, lasciviousness, idolatry, and sorcery.

We sometimes hear the word “sorcery,” but to what does it refer?

Magic; enchantment; witchcraft; divination be the assistance of evil spirits, or the power of commanding evil spirits (Webster’s Dictionary).

Sorcery, therefore, involves dabbling in and practicing the black arts. “Sorcery” is translating the Greek word pharmakeia, defined by Thayer as:

1) the use or the administering of drugs
2) poisoning
3) sorcery, magical arts, often found in connection with idolatry and fostered by it
4) metaphorically the deceptions and seductions of idolatry

Modern people understandably feel alarmed at such a definition: why would it include both the use and administration of drugs along with sorcery and magic arts? After all, we get the term “pharmacy” from pharmakeia! What is going on here?

Today we most often see a pretty strict separation between a scientific, rational approach to medicine and healing and dabbling in the black arts and idolatry. In the ancient and medieval worlds, however, magic and medicine were intertwined. Ancient doctors might perform a surgery, or recommend a plant for healing, but also offer incantations to a god, or concoct a potion. Consider the Apothecary in Shakespeare’s Romeo and Juliet: a man who might have potions which can help save life, but also has potions to end it.

Thus, in the ancient world, magic and medicine tended to go hand in hand. Ancient people believed their world was full of all sorts of spiritual forces which could be called upon or held at bay through the practice of sorcery; these forces did not just affect a person’s spiritual condition, but also their physical condition. Thus the Samarians were astounded at the magic used by Simon Magus in Acts 8:9, and thought he represented a great power of God. We have discovered all kinds of amulets, incantations, and “prescriptions” for potions for various maladies from among the pagans of the Greco-Roman world as they sought to cure illness, increase fertility, cause someone to fall in love, or curse an enemy.

Many people today find this kind of talk silly and primitive. Many Christians have convinced themselves that such powers and forces really do not exist, and do not take sorcery seriously. And yet the Apostle Paul declares that the Christian’s true enemy are the spiritual forces of darkness over the world (Ephesians 6:12). Whereas a Christian can believe that the idols of the world are really nothing based on 1 Corinthians 8:4, no such passage exists to declare that there is nothing behind the dark arts and magic. The Bible, in fact, testifies to the existence of black arts and magic: the Egyptian magicians were able to turn the Nile to blood and to rain down frogs through their magic (Exodus 7:22, 8:7; they were not able to conjure up gnats and called it the finger of God, Exodus 8:18-19), and the necromancer of En-dor was able to conjure up the spirit of Samuel for Saul in 1 Samuel 28:1-20. The Bible maintains a clear witness: not that sorcery does not really exist, but that the people of God should avoid sorcery and have nothing to do with it (Leviticus 19:31, Deuteronomy 18:10). In Israel, those who practiced such things were to be driven out or killed (Leviticus 20:6, 1 Samuel 28:3, 2 Kings 23:24)

Even in our mostly disenchanted age, sorcery can be quite tempting. In sorcery we find people attempting to gain some control over or manipulate spiritual forces for their own purposes. Perhaps a person wished to speak to those who have died, to gain comfort or insight: such is necromancy, managed by a psychic or one with a “familiar spirit,” perhaps even some foolhardy people using a Ouija board. Perhaps a person wants to know what will happen in the future; they might consult an astrologer or a horoscope, a tarot card reader, or a psychic. People today, no less than in ages past, want that special someone to fall in love with them, or in anger they wish to have another cursed; there are magicians and enchanters for that. Beyond such practices are those who find themselves disenchanted with Christianity and/or secularism looking for spiritual experiences. To this end Wicca and witchcraft have become quite popular today. Satanism even remains a thing!

Let none be deceived: all such sorcery is incredibly dangerous! Yes, indeed, many who profess to dabble in the black arts are frauds and charlatans, but are all? Yes, indeed, those who practice such things like to pretend that they are providing a source of entertainment, but the spiritual forces with which they might well be interacting are no joke. Christians ought to recognize that the world of black arts and magic is demonic. The Evil One has always invited people to tap into his powers, but the use of that power has always come at a steep price. Humans will never be in control of these forces, and these forces cannot deliver on everything they promise.

It is very tempting to call upon the forces of the black arts if they would help us gain an advantage in those parts of life over which we feel very powerless. Yet to do so would lead the Christian to put their faith and trust in spiritual forces which stand against God and His purposes (e.g. Ephesians 6:12, Revelation 13:1-18). Thus, in its own way, the appeal of sorcery is idolatrous. Jesus has commanded His followers to not be concerned about the future and what it entails, for the Father in Heaven will take care of us (Matthew 6:25-34): how, then, can one justify using tarot cards, horoscopes, or psychics when such a greater promise has already been made? God is our great Healer and Savior (Revelation 22:1-5): how, then, can one justify appealing to magic, potions, and incantations deriving their power from demons when we can instead maintain association with our great God our Creator?

Christians should not dismiss the danger or power of sorcery; instead, they ought to maintain greater trust in God and avoid all forms of black arts and magic, even purportedly “harmless” forms like horoscopes and Ouija boards. But what about modern medicine? Appealing to doctors is not wrong (cf. Luke 8:43), and the Apostle Paul himself gave Timothy a “prescription” of wine for some stomach problems (1 Timothy 5:23). Seeking physical healing from doctors and medicines are not wrong, but we should remember their origins and previous associations. Just because something is called “medicine” does not always make it good, right, or profitable for the Christian; we must all use discernment to see what is good from what may be trending again toward pharmakeia. In all things, may we trust in God, not ourselves, not in science, and certainly not in the forces of darkness, and obtain life in Christ! 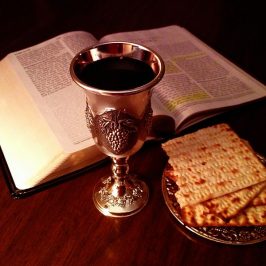 Understanding Covenant, IV: The New Testament Covenant From days of old God has interacted with... 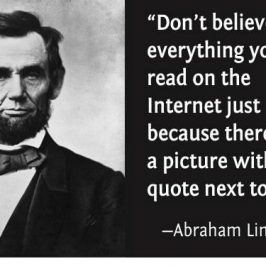