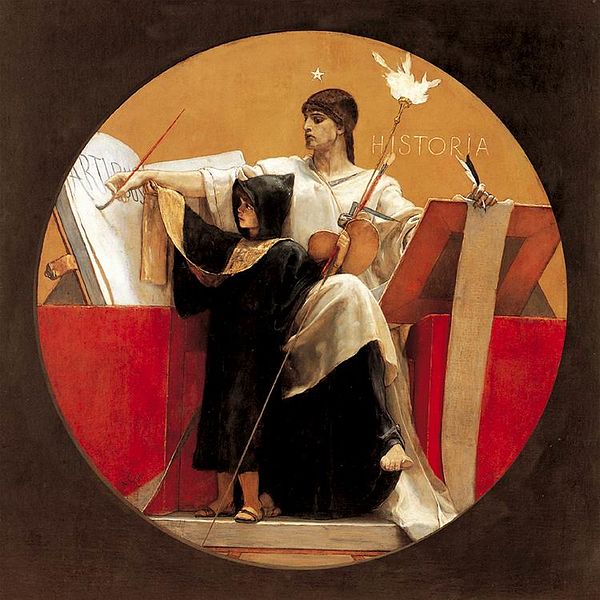 The “Wrong Side of History”

In recent years many have appealed to a sense of history in order to advance certain political or social agendas: be careful lest one is seen as being on the “wrong side of history.” According to this argument, as people today look at those who owned slaves in previous years, or resisted civil rights for women and minorities, so future generations will see those who are presently believed to be on this “wrong side of history.”

The “wrong side of history” argument draws its strength from a progressive view of history: the view that, on the whole, things are improving, and will inexorably continue to improve as the forces of ignorance or traditionalism in its various forms are overcome. Modern Western civilization would like to imagine that it can provide a lot of evidence for this claim: technological developments have improved the length and quality of life for a large number of people, civil rights have been extended to a greater number of people, and many have a greater appreciation for the plight of the marginalized and oppressed.

And yet there are many difficulties with such a progressive view of history. As humans we have a tendency to valorize our success and minimize our difficulties and failures, and so it is with our view of history. We have made much technological advancement; many of those advancements have been used to harm as much, if not more, than they have been used to heal or help. Modern man enjoys technological amenities but suffers alienation and the loss of community; many have been elevated out of poverty, but the long-term sustainability of our behaviors is in doubt, and the potential environmental costs are beyond comprehension. We do better to recognize the truth of the Preacher in Ecclesiastes 1:4-9: human nature tends not to change, and history tends to work in cycles. Actions beget reactions.

Furthermore, history is by no means a static narrative. For good reason people say history is written by the winners: the “last man standing” is the one who puts all the pieces of historical fact together to weave the story people believe about the past. Israel in the days of Jeroboam (II) convinced itself that it was a young, vibrant nation-state with a great future (cf. Hosea 7:8-10, Amos 8:1-3); and yet it would be destroyed within a generation. Judah was confident in YHWH’s protection of Jerusalem against the Babylonians as He had protected them against the Assyrians (cf. Jeremiah 7:1-12); Jerusalem would be destroyed not long afterward. Past empires prided themselves on their strength and believed they would endure for a very long time, if not forever (e.g. Isaiah 47:7); they all were humbled, their great monuments to themselves are ruins, and their great history preserved only in fragments. This is not merely an ancient phenomenon: we all know what happened to Hitler’s claim of starting a Third Reich which would last for a thousand years, or the desire of some in the American South to maintain segregation forever. And yet, even after these forces and ideas were defeated in the public square, some still wish to perpetuate them and restore them to hegemony. Few historical victories are thorough.

As Christians we do well to be suspicious of claims about being on the “right” or “wrong” side of history in terms of political or social policy. The past is littered with examples of premature historical judgments; it will be left to future generations to tell the story of our times, and that story will be colored by ideas and perspectives over which we might well have little control, and would seem as self-evident or inconsequential to us today. Furthermore, in terms of eternity, what do we gain or lose if, according to secular history, we were “right” or “wrong”? Their standard will be the conventional wisdom of their day, and that conventional wisdom will no doubt change based on ever-shifting cultural standards. Events might continue on their current track; they could just as easily get “derailed” and go in a very different direction, for good or ill. As Ahab warned Ben-hadad against boasting while putting on one’s armor as if one is taking it off, so those who rely on arguments about the “right” and “wrong” side of history should be careful lest the course of future events leads to their humiliation (1 Kings 20:11)!