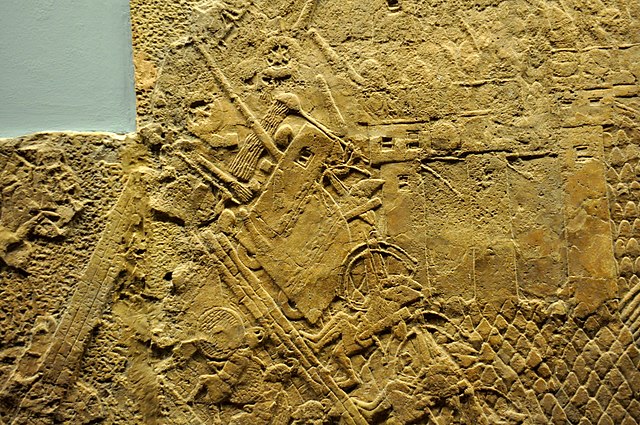 The Day of YHWH’s Anger

The word of YHWH came to Zephaniah son of Cushi in the days of Josiah king of Judah. He had warned Judah regarding the imminent Day of YHWH coming against them, a day of distress and bitterness, in one of the most explicit and powerful descriptions of the Day of YHWH found among the prophets (Zephaniah 1:1-18).

Zephaniah would extend a glimpse of hope, however: this nation that had no shame ought to gather together before this Day of YHWH drew near, ostensibly to confess, lament, and repent, and to find that shame they would need before YHWH if they would be spared (Zephaniah 2:1-2). Perhaps the moment of repentance in the days of Josiah gave Judah a reprieve (cf. 2 Kings 22:3-23:25); nevertheless, the burning anger of YHWH remained against Judah, they would soon return or remain saturated in their shame, and the Day of YHWH came for them within that generation (2 Kings 23:26-27, 25:1-26).

Zephaniah appealed to the “humble of the land,” the faithful poor among the Israelites to seek humility and justice, for perhaps they would be hidden on the day of YHWH’s anger (Zephaniah 2:3). The scale of the disaster would now be made apparent: Judah would not suffer the distress and bitterness alone; YHWH’s anger also burned against the nations around them, and they also would suffer judgment, as made clear in the nation judgments of Zephaniah 2:4-15.

Zephaniah first turned to the Philistines, Judah’s neighbor to the southwest who had encroached upon their ancestral land and oppressed the Israelites in times past (Zephaniah 2:4-7; cf. Judges 13:1ff, 1 Samuel). Four of the five cities of the Philistines were marked out for desolation: Gaza, Ashkelon, Ashdod, and Ekron. Woe is pronounced against the nation of the Cherethites (or Cretans) and the Canaanites who inhabit Philistia, for the land will be left without inhabitant. The land on the coast will be pastureland, sparsely populated by shepherds in small houses; Judah would again possess the sea coast after their God visited them and restored them from their captivity. The Philistines would indeed be swept away by the Babylonians; although much of it would be repopulated by Phoenicians, it would remain an administrative unit along with Judah and be considered part of Judea by the days of the Romans.

YHWH had heard the words of the Moabites and Ammonites against the Israelites, their reviling and reproach, and how they had extended their borders into formerly Israelite land (Zephaniah 2:8). Their pride would be brought low, and they would be made as Sodom and Gomorrah, a perpetual desolation, and the remnant of YHWH’s people would inherit their land, and all because of their arrogance against Israel (Zephaniah 2:9-10). The pride of Moab is a continual theme among the prophets, no doubt because of their great original transgression in the days of Balak and Balaam, and their continual attempts to grow and expand at the expense of Israel (cf. Numbers 22:1-24:25, Isaiah 15:1-16:14). Moab and Ammon would cease to be independent nations and became part of the province Beyond the River; Ammonites would continue to resist and oppose the Judahites and cause them great difficulty (Nehemiah 2:19).

Instead YHWH would prove a source of fear or reverence for them, the Moabites and Ammonites, but also to other nations (Zephaniah 2:11). YHWH would famish all the gods of the earth, and this would lead the people of the earth to turn back to Him and bow before Him (Zephaniah 2:11). To us this may seem strange, foolish, and ludicrous, yet it is a powerful polemic in the ancient Near Eastern world. The preserved myths of the ancient Near Eastern world, especially Enuma elish, recorded the belief that humans were made to serve the gods by providing food for them. If it were indeed true that the gods of the nations were dependent on their people to provide them food offerings, what would happen to those gods if the people were dispossessed and no longer made such offerings? The gods would starve and die, and all who would be left to serve is the Holy One of Israel.

Zephaniah then added an indictment of the Cushites, or Ethiopians: they also would be slain by the sword of YHWH. Cush is the land south of Egypt in modern day Sudan and Ethiopia; Isaiah also prophesied against them in Isaiah 18:1-7.

Zephaniah’s nation oracles concluded with the condemnation of the great power of Josiah’s day, the Assyrians (Zephaniah 2:13-15). YHWH would stretch His hand out against them and turn Nineveh into a desolate wilderness. All kinds of wild animals would inhabit the city, indicating complete devastation and depopulation. Such would happen to the city which presently arrogated for itself the claim of being like no other and dwelt carelessly. And so it would be: Nineveh was a most impressive city at the beginning of Josiah’s reign, in the final days of the glory of Ashurbanipal, the undisputed king reigning over an impressive empire; before Josiah’s death Nineveh would be completely destroyed, and Assyria ceased to be a going concern. It may have been unbelievable in 640 BCE: by 610, it was reality.

Zephaniah’s nation oracles provide an excellent representation of the type: they are proclaimed in terms of YHWH’s judgment on nations because of their immoral and unjust treatment of the people of God. The prophets could not be accused of myopically focusing on Israel and its problems to the neglect of the injustice of the nations; nevertheless, Israel and Judah had no right to boast, for the day of YHWH’s anger was decreed as much for them as it was everyone else unless they repented.

Unfortunately, they did not repent. Zephaniah’s prophecies thus would come to pass. Israel, and its surrounding nations, suffered the day of YHWH’s anger. We do well to learn from Israel’s example and become as the humble of the land, do the just commands of God, seek righteousness and humility in Christ, and be preserved from the wrath of God on the day of resurrection! 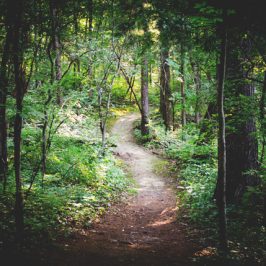