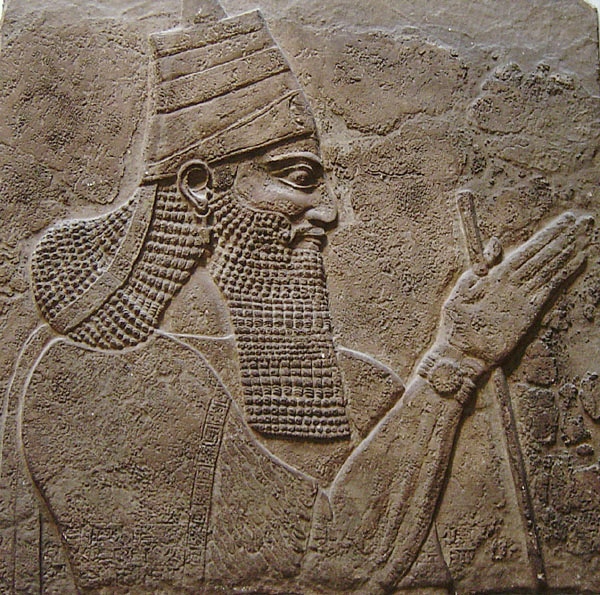 The Burden of Nineveh

He is probably not the first prophet who comes to mind; for far too many his name is barely known, more recited as part of the list of the books of the Bible than a prophet whose message is considered in its own right. Nahum of Elkosh carried the burden of the prophetic message against Nineveh and Assyria; when understood contextually, his message provides powerful validation of the work and character of YHWH and a humbling reminder regarding the fates of nations.

All we know of Nahum comes from the book of prophecy which bears his name. The town of Elkosh is not mentioned otherwise in the Bible; based on ancient commentary it is believed to have been situated in the northern part of Israel in Galilee. The book of Nahum does not explicitly provide a specific timeframe in which the burden was given; Nineveh would be destroyed in 612 BCE, and the destruction of Thebes in Egypt to which Nahum referred in Nahum 3:8-10 took place in 663, and so we believe he prophesied during this period. As part of Galilee Elkosh would have been conquered by the Assyrians in 732 and its inhabitants exiled by the time Nahum prophesied (2 Kings 15:29); it is most likely that Nahum had fled to Judah and prophesied from there against those who had overrun his native land.

Thus Nahum prophesies in Judah regarding the fate of Assyria during the days of Manasseh, Amon, and/or Josiah, kings of Judah; he almost certainly does so while Ashurbanipal still reigned over Assyria (668-631). Assyria had been a regional power since time immemorial, and now was at the height of its power: Ashurbanipal reigned over an empire which stretched from Egypt to the Caucasus Mountains, and Anatolia to the Persian Gulf. The ancient Near Eastern world had never seen a single nation prove as dominant over the rest in all of its history: the Neo-Assyrian Empire was the largest the world had ever seen, and Nineveh was the largest city in the world. It seemed that the gods of all the nations cowered before the might of Assur and his people; the boast of the Rabshakeh in Isaiah 36:18-20 had merit in the eyes of many during that time. Then, as now, the Assyrians were infamous for their brutality in war, and none had proven able to resist their power in the past century. Nineveh and Assur were filled with the treasures and the bounty of the ancient Near East; Ashurbanipal cultivated an image of cosmopolitan urbanity, compiling a great library and patronizing the gods and the arts. Nineveh in Nahum’s day was like Rome in the first century, London or Paris of the nineteenth century, or New York City and Washington, DC today: the center of political and economic power and civilization.

By this time the northern Kingdom of Israel had not existed as a going concern for at least sixty years; the Israelites had been scattered in other Assyrian domains and others now lived in its land. Judah, meanwhile, was still recovering from the Assyrian invasion of 701. The Biblical authors rightly emphasized how YHWH delivered Jerusalem from the hand of Sennacherib king of Assyria (cf. Isaiah 36:1-37:38); yet Isaiah rightly characterized the whole campaign as a disastrous calamity from which Judah barely escaped (Isaiah 1:1-9). Lachish, Azekah, and other major cities of Jerusalem had been laid waste; thousands had been slaughtered. Whereas Hezekiah, Manasseh, Amon, and Josiah reigned over Judah, the king of Assyria continued to consider them as his vassals; Manasseh unwisely participated in some kind of rebellion and again felt the wrath of Assyria (2 Chronicles 33:11-13). At this time Judah was a small, relatively insignificant kingdom situated right in the middle of a major arena of conflict between Assyria and Egypt; the people of the day would have not expected much of anything to come of it or of its god.

And yet Nahum was given the burden of Nineveh (Nahum 1:1). YHWH was a jealous God who would avenge Himself against His enemies with fire (Nahum 1:2). YHWH might be slow to anger, but He was great in power and would not clear the guilty (Nahum 1:3). YHWH might seem insignificant to the nations, but He maintained power over the creation: He marched in the storm, caused the sea and rivers to run dry, mountains trembled before Him, and the world and its people would be laid waste (Nahum 1:3-5). Even the king of Assyria could not stand before YHWH’s indignation or resist His anger (Nahum 1:6). Yet for His people YHWH is good, a stronghold in the day of trouble, and remembered those who take refuge in Him (Nahum 1:7). YHWH’s enemies will be overwhelmed with a flood and pursued into darkness, so why would they devise schemes against Him? He would make a full end of them as drunks consume alcohol and dry stubble in fire (Nahum 1:8-10).

From Nineveh had come out someone who plotted evil against YHWH (Nahum 1:11). YHWH recognized how the Assyrian army was powerful and numerous, but they would be destroyed (Nahum 1:12). YHWH also recognized how He had afflicted Judah His people, but would do so no more: He would break the yoke of Assyria from their necks (Nahum 1:12-13). YHWH’s decree had been established: Assyria would come to an end; its idols would be destroyed; their graves would be desecrated; Assyria was accursed (Nahum 1:14). On the mountains would appear the feet of those bringing good news and declaring peace: Judah should observe its festivals, for the Assyrian would not pass through anymore, having been cut off from the earth (Nahum 1:15).

Nahum’s message likely seemed hard to fathom when he proclaimed the burden, but its moment would come far sooner than any might have imagined. A herald would come and proclaim good news to Judah regarding the downfall of Assyria. Later other heralds would come and proclaim the good news to Judah of the downfall of other powers. Ultimately, heralds would come to God’s people and proclaim the reign of God in His Christ who died and was raised in power and the downfall of sin, death, and the powers and principalities which imprisoned them and all mankind. The world may not have thought much of the God of Israel and Judah, but He would make His name and power known. May we submit to the God of heaven and obtain life in Jesus His Son!

“Jesus Is the Answer” The message is emblazoned across the land on billboards, bumper stickers,...