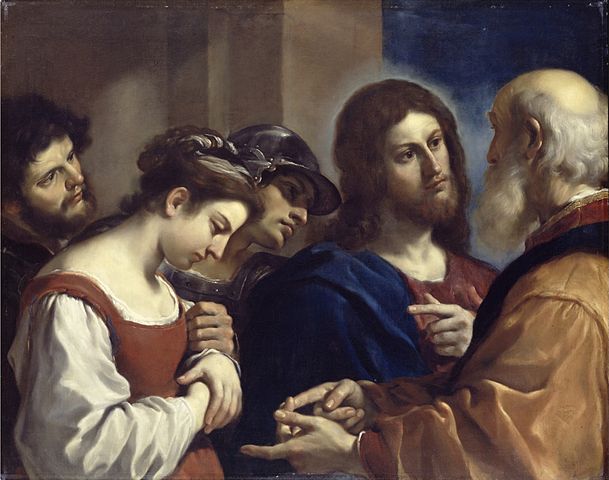 Gender Roles in the Work of the Church

Western culture has experienced a sea change in attitudes regarding gender roles over the past century. Long held customs have been entirely overthrown; in such an environment we should not be surprised to see the people of God placed under considerable pressure to reconsider their understanding of gender roles as well. We have seen women take on greater roles in leadership and in ministerial and pastoral roles in many denominations in “Christendom”; the issue is now vigorously debated within churches of Christ. What do the Scriptures teach? How should the people of God understand gender roles, if any, in the work of the church?

In Christ men and women have equal standing (Galatians 3:28); at the same time, the body of Christ is composed of different people functioning in different roles (Romans 12:3-8, 1 Corinthians 12:12-28, 1 Peter 4:10-11). God gave some to be apostles and some to be prophets (Ephesians 4:11), and yet Jesus only gave the dispensation of apostolic authority to the twelve plus Barnabas and Paul who had seen Him in the resurrection, and the role of prophets in the church ceased after the end of the laying on of hands toward the end of the first century (Acts 1:21-22, 14:14, 1 Corinthians 13:8-10). Local churches are to be shepherded by elders and served by deacons who meet certain qualifications (1 Timothy 3:1-12, Titus 1:5-8); many men will not attain to these qualifications, including Jesus and Paul. One’s standing in Christ is not based on one’s role; not everyone will have the same role; we do well to honor what Scripture says about who is qualified for what roles and on what basis.

Leadership in the local church is entrusted in the hands of elders who meet the qualifications of 1 Timothy 3:1-8 and Titus 1:5-8. Inherent in those qualifications is masculinity: he must be the husband of one wife (1 Timothy 3:2, Titus 1:6). The same proves true of deacons who serve a local church (1 Timothy 3:12). The New Testament betrays no evidence or suggestion of women shepherding the church as female elders. No unambiguous evidence exists for deaconesses: no description of the office is given, Paul does not use the term in 1 Timothy 3:11, and whether Phoebe’s role was “official” cannot be ascertained solely on the basis of Romans 16:1. Likewise, while Junia is a woman, she could just as easily have been “known well by the Apostles as being “of note among” them, and so it cannot be argued that she was reckoned as an Apostle with apostolic authority based on Romans 16:7 alone.

Both men and women have been charged to proclaim the Good News of Jesus Christ (Matthew 28:18-20). Older women have a crucial role in exhorting and instructing younger women in the faith (Titus 2:3-5). Wives have worked with their husbands to instruct people in the Gospel, as Priscilla did with Aquila in Acts 18:26. Nevertheless, evangelists in Scripture are uniformly male; in 1 Timothy 2:12, Paul declared that women are not to teach or exercise authority over men. Thus, while the New Testament authorizes women to instruct and exhort other women, it provides no commendation for women to preach or teach before, or exercise authority over a whole local congregation of the Lord’s people.

In 21st century Western societies these teachings prove difficult and a stumbling-block for many. They are accused of upholding the patriarchy and the cultural heritage of the past. Passages discussing gender roles, such as 1 Corinthians 11:2-16, 14:33-35, Ephesians 5:22-33, and 1 Timothy 2:9-15, are relegated to the cultural dustbin, their Pauline authenticity disputed or otherwise considered cultural relics, not applicable to our modern enlightened society.

Cultural attitudes and perspectives have often played too strong a role in how Christians have attempted to understand gender roles. In past generations women were considered second class citizens and inferior to men; those attitudes were based less in Scripture and more in the cultural assumptions of the time, for in Christ men and women have equal standing, both are made in God’s image, and neither is superior or inferior to the other (Genesis 1:27-28, Galatians 3:28, 1 Peter 3:7). Yet such error does not commend or justify capitulating to cultural influences and pressures today.

The Scriptures have not changed; culture and society have changed, even within “Christendom.” In former days many adherents of various denominations would have agreed with the understanding offered above; their descendants today strongly resist it. Whereas many today would attempt to deny the application of the relevant Scriptures on the basis of culture, the Apostle Paul made a consistent argument throughout, and rooted it in the order of creation and the consequences of the Fall (Genesis 1:1-3:22). Jesus is risen, and we look forward to the resurrection of life and all its benefits; while we are a “new creation” in Christ, we still suffer the effects of the old creation, such as subjection to physical death, ability to marry and give in marriage, and thus also different gender roles (2 Corinthians 5:17; Romans 8:9-11, 18-25, 1 Corinthians 15:26). God made known His will and purposes through specific people at specific times (Hebrews 1:1-3): whereas all revelation is therefore within a specific historical context, Christianity is based in the idea that the Scriptures still maintain application long afterward. Is it for us to arbitrarily decide what should be kept and what should be dismissed, or should we trust in God in Christ to the extent that we must be given a compelling reason to consider a given command or exhortation in the New Testament to not apply?

Christians in the 21st century can understand what God has revealed about gender roles in terms of the work of the church in a way so as to respect the whole. Jesus died and was raised for the salvation and redemption of both men and women; men and women have equal standing before God in Christ (Galatians 3:28). And yet men and women have different roles in the body of Christ; for that matter, individual men and women have different roles, and neither all men nor all women will fill each and every role (Romans 12:3-8, 1 Corinthians 12:12-28). A person is not lesser or second class because they are not called to serve in a specific way. May we respect what God has made known about gender roles in the body of Christ, and may we all serve the Lord Jesus as He would intend to the glory of God!